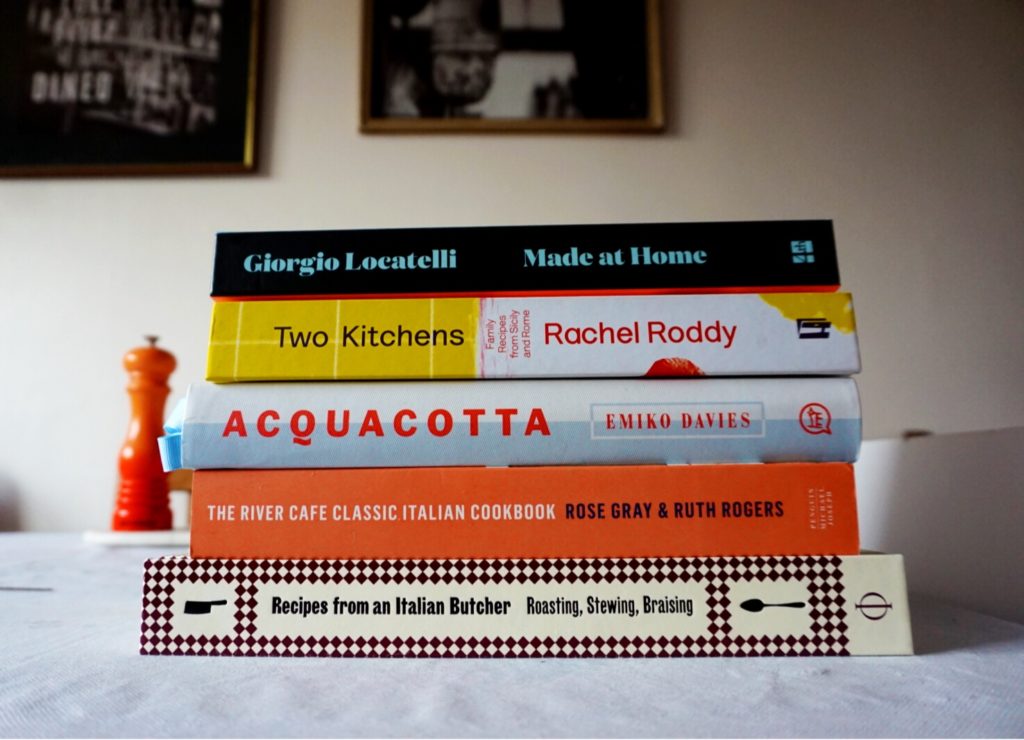 Before I wish you a Happy New year, I wanted to leave you with one final blog post for 2017. As a cookbook addict, I wanted to share with you what I believe are the best Italian cookbooks 2017. So if you want to start the year cooking Italian food in style, why not have a nosey into one (or all) of these fabulous cookbooks. You can thank me later :). 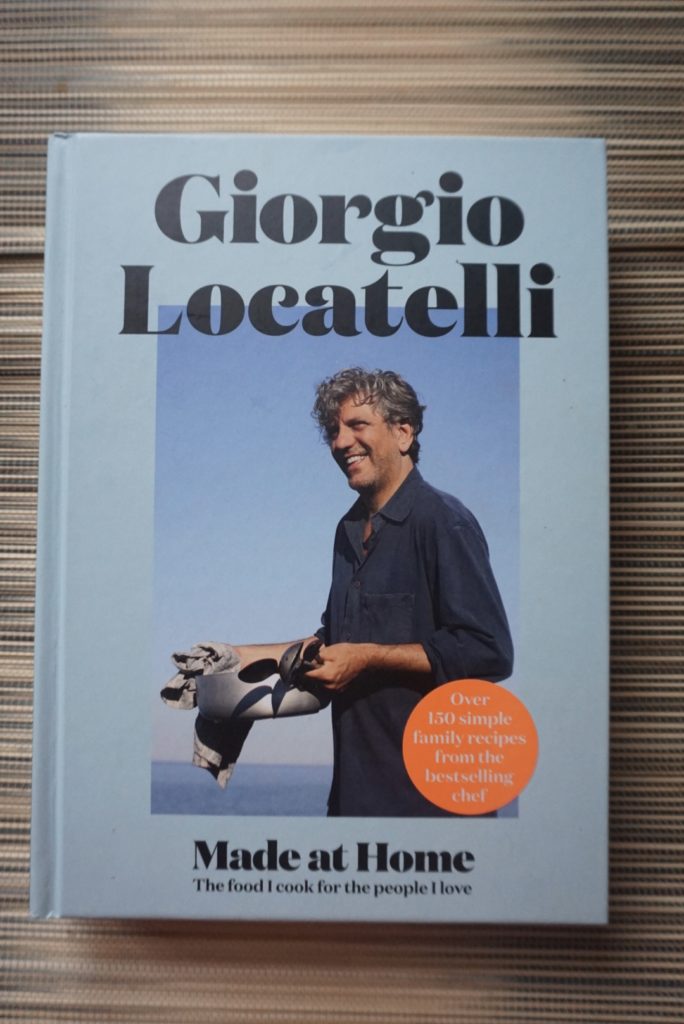 As some of you may already know, I’m a huge Giorgio Locatelli fan. Italy unpacked is one of my favourite TV shows ever, where Giorgio travels around Italy with his mate, Andrew Graham-Dixon, to discover all sorts of culinary and art treasures. I’ve been to his Michelin starred restaurant, Locanda Locatelli a handful of times and Made in Italy is one of the most beautiful cookbooks written on Italian food.

So you can imagine how deliriously excited I became when I found out that Giorgio was releasing a new cookbook – Made at Home – centred around home cooking rather than the dishes he offers up in his restaurant. It’s full of super easy and quick recipes, great cooking tips and the food photography is just gorgeous. One of my favourite elements of the book is Giorgio describing how to cook certain ingredients in four different ways (4x) highlighting its versatility. The recipes are just delightful and due to their simplicity they could easily become part of your cooking repetoire. 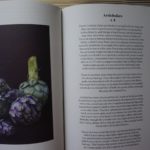 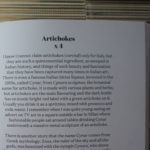 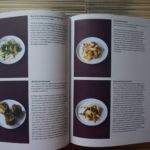 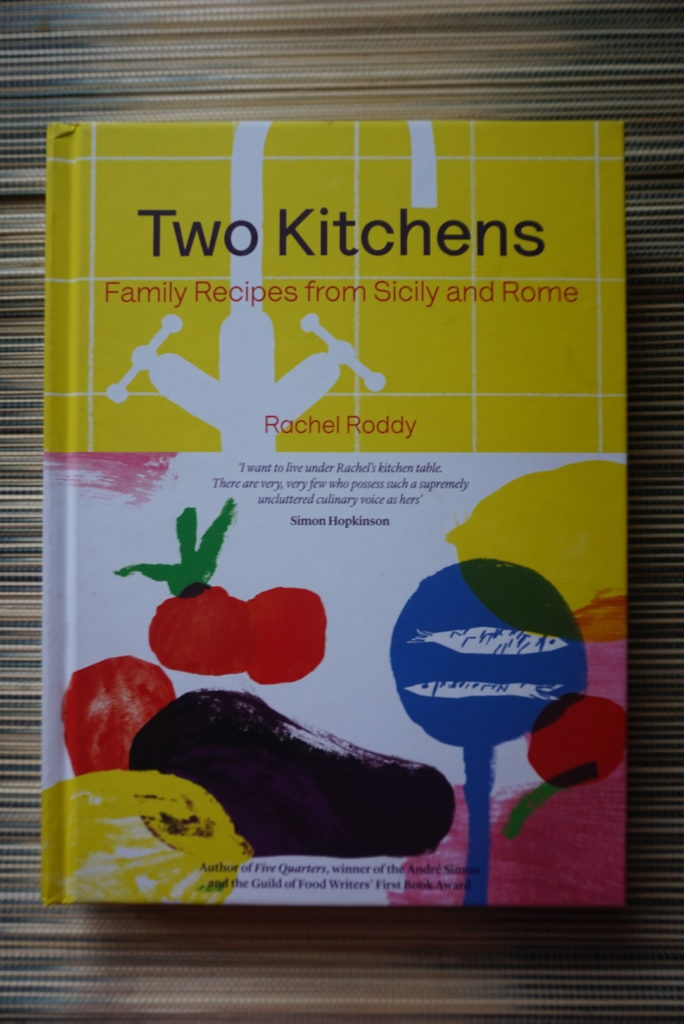 Two Kitchens by Rachel Roddy is another of my favourite additions to the Italian cookbook collection. I discovered Rachels food writing just over a year ago reading her weekly online column – A Kitchen in Rome – for Guardian food which I read without fail each week. She tells tales of her home life, food and neighbourhood in Testaccio, Rome where she moved to years ago and now lives with her family.

As you know, I’m a huge lover of Italian home cooking and Rachel’s recipes are exactly just that – mouth watering delicious home cooked dishes that she’s learnt from her time living in Italy. Rachel’s second cookbook, Two Kitchens (her first Five Quarters is also fabulous) is filled with culinary delights from both Rome and Sicily (where her husband is from), giving the recipes a southern Italian feel. Rachel’s recipes are always so straightforward to follow and uncomplicated to make, I can honestly say that I’ve never had a bad meal when following one of her amazing recipes. Also, the photography in the book is totally unpretentious, giving you a honest insight of what goes on in her kitchen and home. 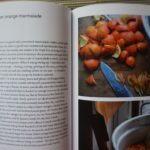 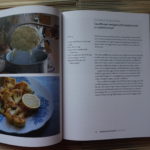 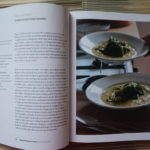 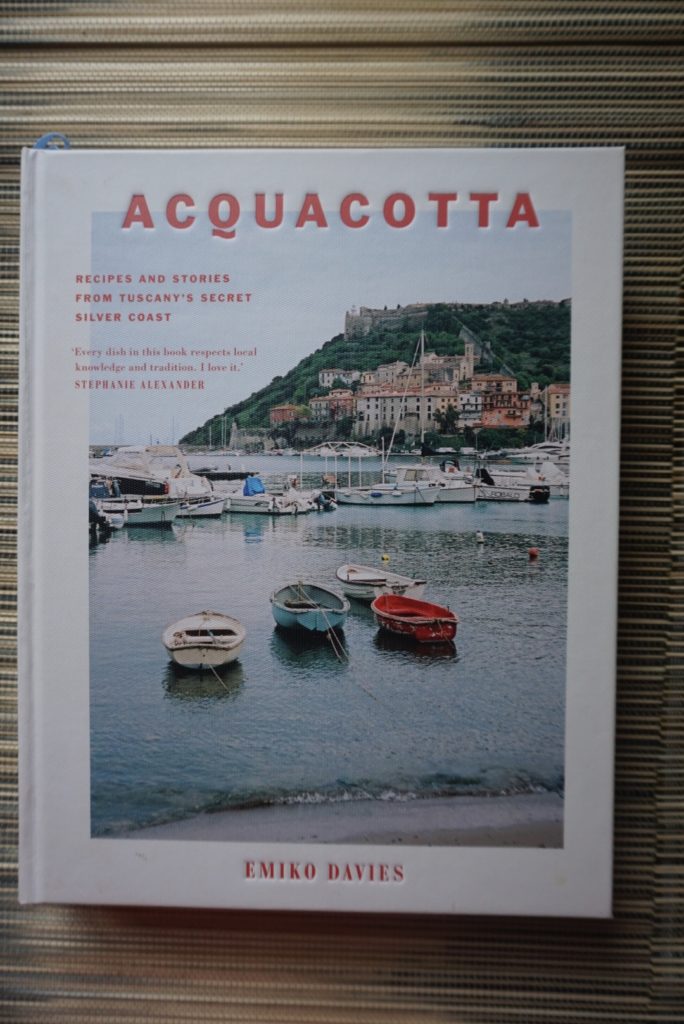 As some of you know, Italian food is made up of a multitude of recipes from all the different regions, emphasising the culinary variation from north to south of the country due to its complex history, landscape and weather. Emiko Davies, moved to Florence from Australia a few years ago and fell in love with Tuscany and its cuisine. Fascinated with the countless recipes that each Tuscan province, city and town owns, she started a blog in 2010 to share her discoveries.

I stumbled on Emiko when I was gifted her first cookbook Florentine. A gorgeous book filled with recipes from the famous Italian city, Florence. Early on this year, her second cookbook, Aquacotta, was released and I have spent many an evening perusing it. The cookbook is focused on the Silver coast of Tuscany, an area that is a little less known than other regional areas. Respecting the authenticity of the recipes and taking her own photos, this book really captures the beauty of this magical Tuscan corner. 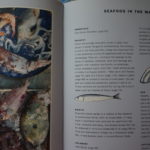 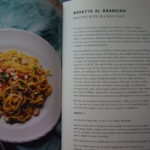 Many many moons ago, before I really knew how obsessive I was to become about Italian food, I bought myself the first ever River cafe cookbook – Book one, with its shiny royal blue front cover. I remember I had recently moved away from home and I was missing my mums homecooking. One evening, I decided to give the ‘quick sausage pasta’ recipe a try. I remember thinking after how easy it actually was for me to eat as I did at home. It meant me probably spending a little more time on my cooking and less on partying.

Roll on 15 years later and that cookbook has a lot to answer for, subconsciously putting me on the path that I am now on. The River Cafe celebrated it’s 30th anniversary earlier this year and released ‘Classic Italian Cookbook’. The recipes champion the dishes that Rose Gray and Ruth Rogers love about regional Italian cooking. It features recipes they both cook at their restaurant and in their own home.  Perfect for those who have an interest in simple Italian cookery. 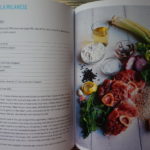 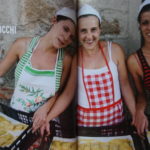 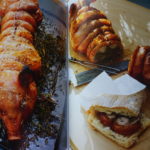 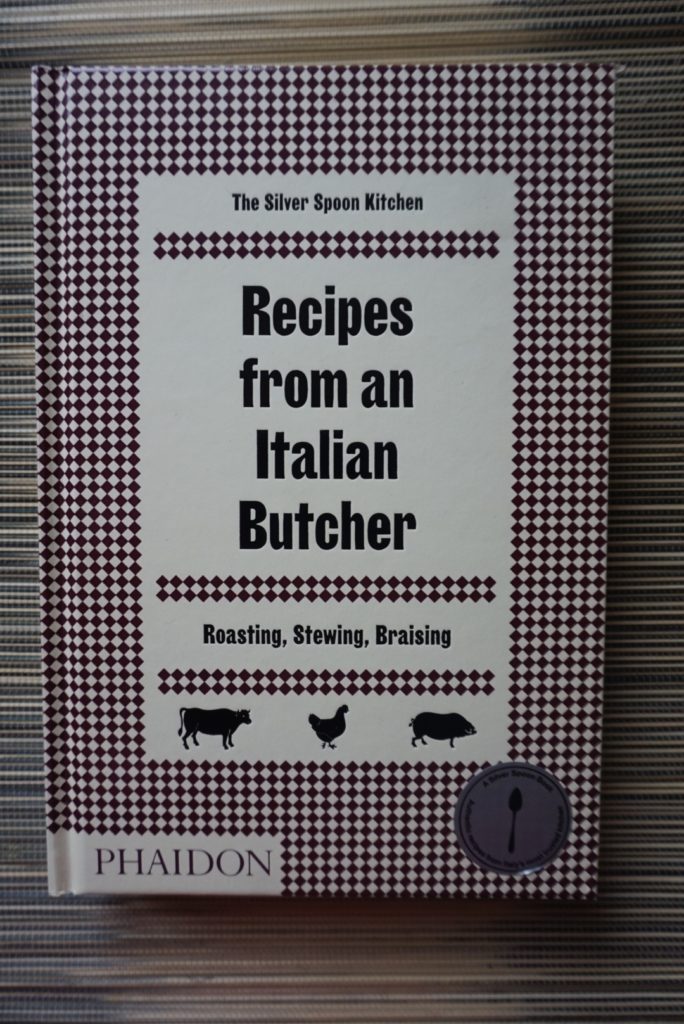 The final book to make it on my favourite Italian cookbooks 2017, is the Silver Spoon – Recipes from an Italian Butcher. When I left my first ever job in the fashion industry, I was given ‘The Silver Spoon‘ as a leaving gift. I remembered thinking what a weird present it was at first, as I wasn’t expecting it at all. However, the little note inside explained it all, ‘good luck in your new job and happy hours of cooking’. Without realising, I had been bending my ex-colleagues ears about how much I loved Italian food and cooking.

The Silver Spoon, one of the most important Italian cookbooks in the last 50 years, have released a new edition collecting all its recipes related to meat, game and poultry.  In addition to its lovely authentic Italian recipes, it includes explanations on the different Italian cuts of meat in comparison to the British and American, cooking methods and techniques. Perfect for those carnivore lovers who buy their meat responsibly of course. 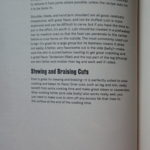 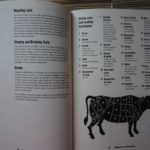 I hope that at least one of these cookbooks has tickled your fancy. If so happy cooking. Look forward on hearing all about it.

If you love what you have read then please share. Grazie 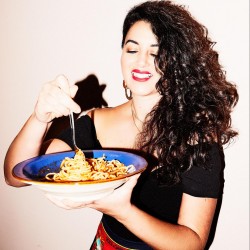 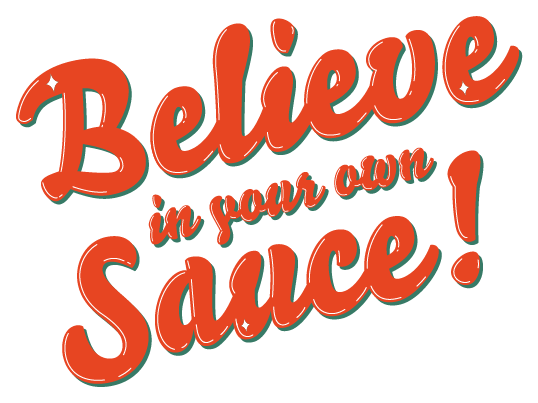 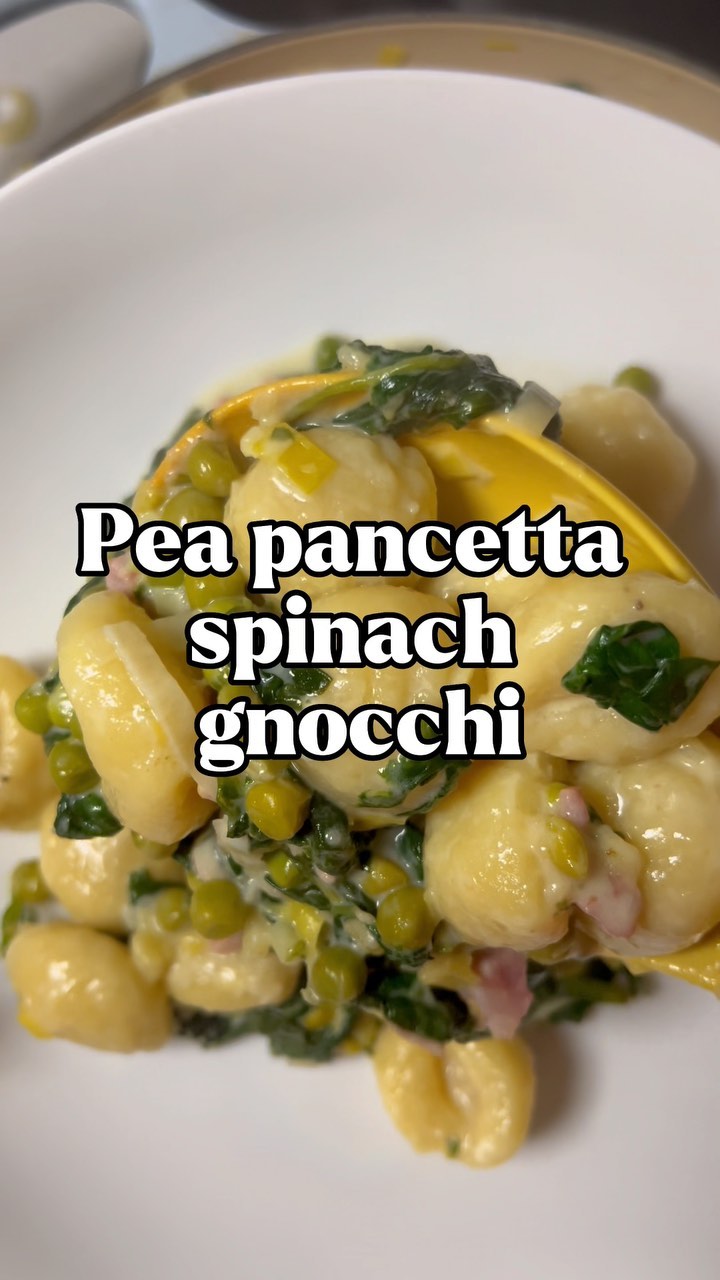 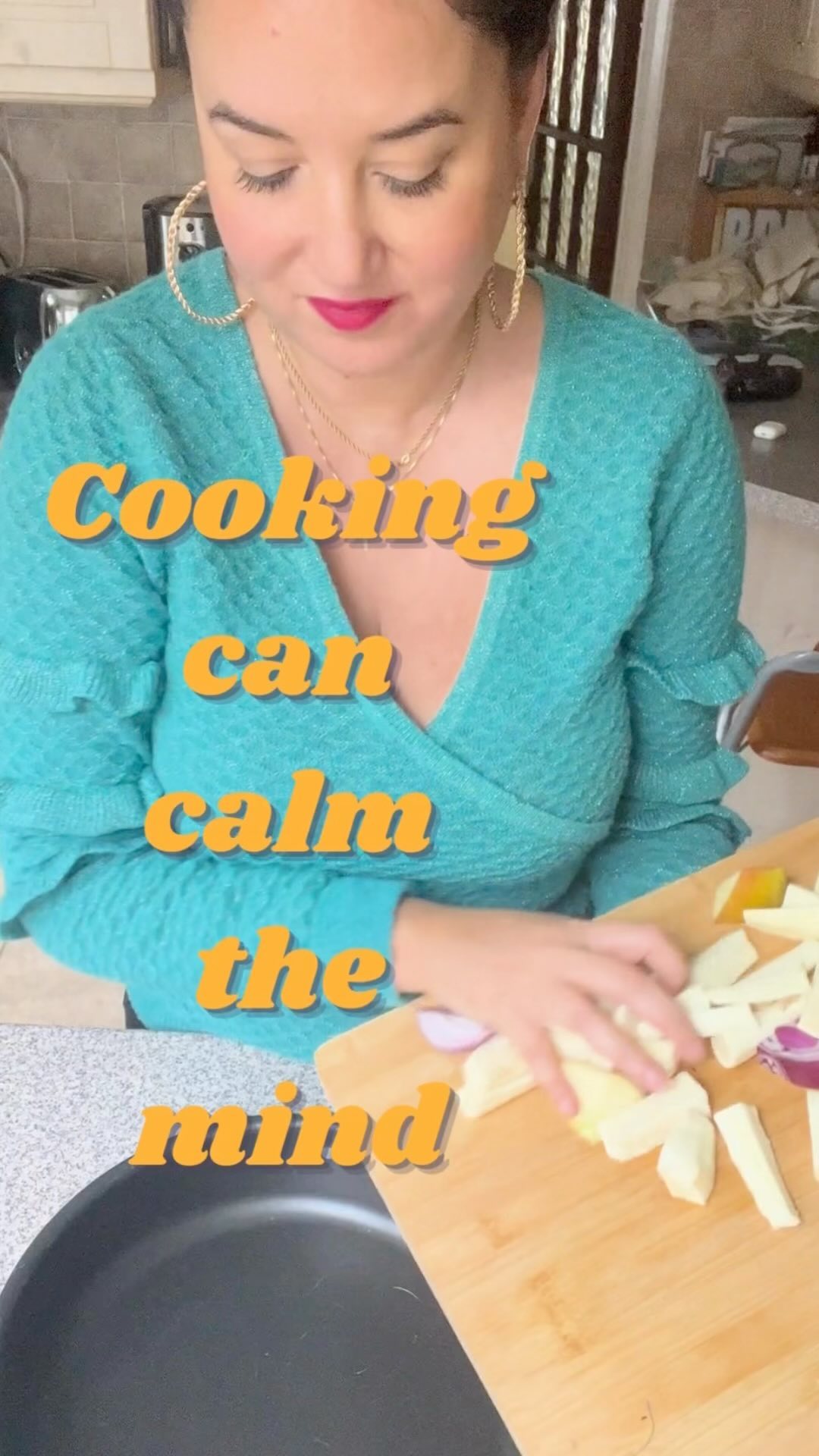